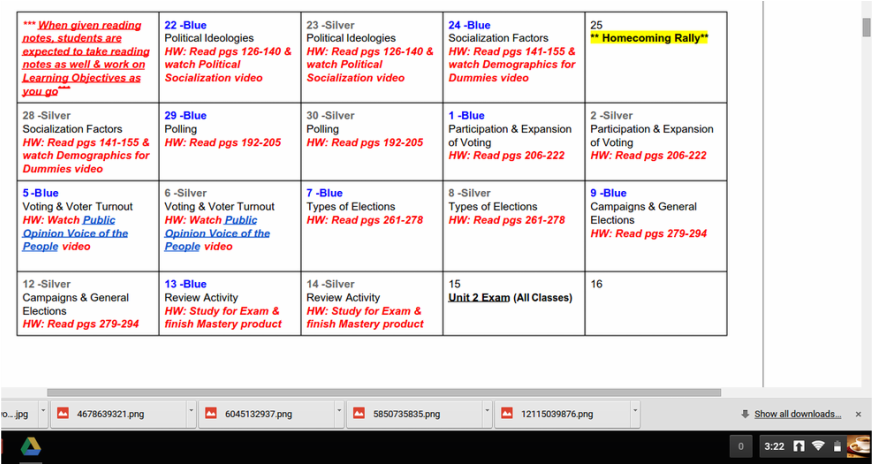 Political Ideology Surveys
Today you will take three different political ideology quizzes (click on the BLUE link) and complete a blog post reflection. You will need to take a screenshot of each result and insert it into your blog reflection and then answer the questions below.

** Screenshot results to include on your blog post:
Study Guide Part A

Voting & Elections in the US doc
Students are to watch the video below on polling and take notes. Next, they are to use their smart phones (or pair up for those without a smartphone) and complete the Polling Inquiry worksheet where they will apply their knowledge from their textbook reading and video to complete it.